Let me help you find something!

Planning in the hotel lobby while my daughter slept in...it’s been an amazing but long week and last night she had a migraine 😩 So while she sleeps in a bit this morning, I’m in the hotel lobby reviewing the week! This printable from @brandy_michelle_plans is a great trigger list for my brain dump 🥰 #planner #plannercommunity #planning #planningcommunity #weeklyreview
Loving this spot in my planner and loving my friends who make time for a phone call, a hug, a chat over coffee, lunch or even a trip to Hobby Lobby, Michael’s or Target! It’s the small acts that make the biggest difference in our lives. #planner #plannercommunity #planning #planningcommunity #bethelight
My view at the Dr’s office today 😍 #migraine #healthtracker #planner #planning #widn #plannerdayinthelife
When you get a beautiful package in the post and can not wait to open it! 😍🥰 Thank you @olga_maria_anastazja #junkjournal #journaling #happymail #love #planner
When you’re doing the things you love doing, with the people you love doing things with 🥰❤️🙌🏻 #thankful #grateful #blessed #plannerdayinthelife #widn #planner #planning #plannercommunity
Today. 👸🏼 #b6stalogy #bujo #bulletjournal #today #daily #plannerdayinthelife 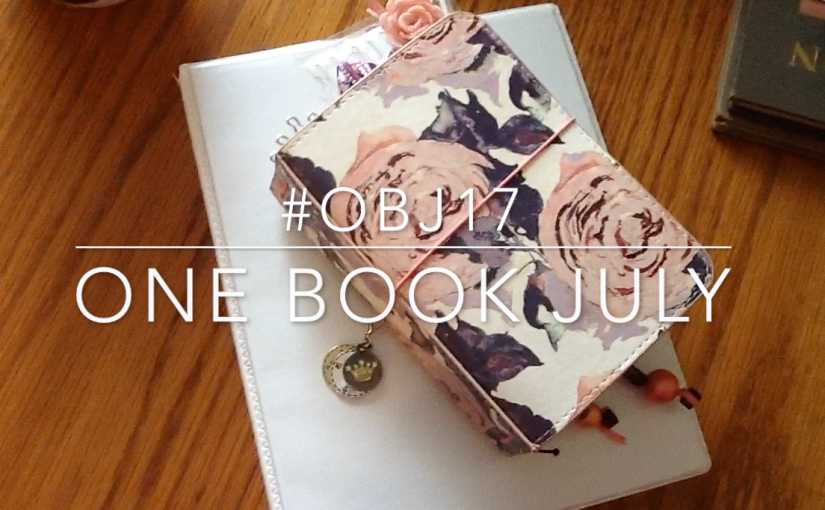 Organizing thoughts into SMART actionable goals and planning them can be a daunting task for some…I know because it can be for me.  So, when I learned of the ‘One Book July’ challenge from Carie of Paper Planning Magazine I knew I had found a challenge that would help me accomplish my goal of streamlining the systems I use for project tracking.

Prior to December of 2016, I had no knowledge of the planner community.  I have used a basic calendar system for scheduling and tracking appointments and events and a plethora of spiral bound notebooks and legal pads for collecting information and (trying to keep track of) projects.  Enter memory loss and accompanying challenges stage right.  Approximately 3-4 years ago, I suffered multiple seizure/stroke-like episodes that resulted in three hospitalizations and many lost memories.  The good news was that I had no idea what I didn’t know, the bad news was that it was reoccurring and lasted for a couple of years.  In addition to losing the ability to read, write, count, cook, and a whole host of other activities that I had previously taken for granted, this left me unable to track time.  Once I started getting some memories back, I struggled with extreme anxiety as one memory at a time would slowly come back. Also, I faced the realization that I did not know how long it had been since the last time I knew what date it was…(does that make sense when you read it?). I would have periods of time, that I could not track or account for. I would wake up some days and have no idea how many days had passed since what seemed to me was yesterday but a year ago to the rest of the world.

As I began being able to consistently keep track of time again, my anxiety about forgetting again increased and I began using a ‘planner’ (read: any notebook I could find that day).  Fast forward to December and my little sister introducing me to the planner world on YouTube!!  Cue: Overhead spotlights and the heavenly choir.

As my brain has continued to heal, I have begun the process of reentering life again, taking on projects with gusto, and spending more hours than seems rational watching YouTube videos.

Follow along on my One Book July 2017 challenge as I create a workable system for me and perhaps pick up a tip or two that you can incorporate into your own goal planning routine.